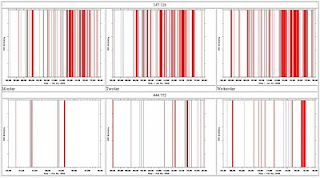 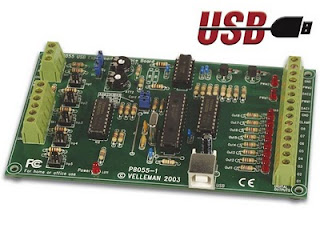 I recently picked up a Vellman K8055 interface board.

My original application was in conjunction with Jonathan, G4KLX's D-Star project. He has since added other methods of support for transmitter control, such as legacy serial port keying.

The Vellman board has 5 digital input channels and 8 digital output channels. In addition, there are two analogue inputs and two analogue outputs with 8 bit resolution. As one can imagine, it has a lot of potential applications.

I had a guy interested in my repeater activity graph scripting that I mentioned a few years ago. That was designed around repeaters with IRLP as this would just be a simple add-on for the Linux machine.

So for my first Vellman idea, I whipped up some perl code to watch a COR of a radio and provide the same logging and graphing functionality.

Refer to the original documentation if this interests you. I have updated it.