Vint Cerf is recognized as one of the fathers of the internet. (He was a program manager for the U.S. D.A.R.P.A.) He was recently invited back to Stanford where he graduated, to give a speech to future engineering students.

There is a lot of interesting history and things to get you thinking in his presentation.


Pay attention to the end of the presentation for this:

Wireless was absolutely a part of the internet architecture.

I'm uncomfortable with the idea that the emergency network is dependent on a system that is often know not to work during emergencies.

Or If the emergency occurs in an area where there isn't any cellular infrastructure. (Base-stations, back haul)

So I actually like the idea of doing down a different path.

Which is a mesh like thing, that can be ad-hoc.

I also rather like the idea that everything transported in that system is IP based. The part that I like is, it doesn't care how its carried, it doesn't know what its carrying. It could be voice, it could be video, the network is oblivious.

By the way the police and fire departments and EMS today have a lot of trouble communicating. Because their radios have to work at RF. If Instead if we said the whole base is IP.

And if you need to communicate by voice we will use VOIP. And if we have to we will do RF transformations in some portable nodes.

The whole idea is that your compatibility on an end to end to based on VOIP, and not on radio compatibility. We'd have a much more general architecture.

For some reason that unknown reason that obvious fact has been resisted or ignored by the public safety environment.

No Internet, no problem?

PC World has a good article in response to the Egypt situation.

Does your government have an Internet kill-switch? Read our guide to Guerrilla Networking and be prepared for when the lines get cut.

Hams should give it a read as they are talking about Do-It-Yourself Internet With Ad-Hoc Wi-Fi / Mesh Networks.

The guys over at Noisebridge were the first to point out that another good reason hams should be building mesh networks is because of proposed internet kill switch bill.

Simultaneously, the United States is debating a bill to create an Internet kill switch, also known as the PCNAA bill. For true redundancy, a non-critical network can and should be built by the amateur service to avoid this single point of failure.

Some 10-20 years ago there were many private networks for automated teller machines, telephone, merchant credit card verification and so forth. Now most of this all happens over the internet. If there were some sort of major internet outage or attack, many day-to-day things would be interrupted.

Simply put, I'm pretty sure there would be major commerce and stock market effects. I have a hard time fathoming what would constitute a national cyber emergency, that would be worth those kind of side effects.

At the same time many ham radio systems use the internet for wormhole-like connectivity. APRS, WinLink, D-Star, IRLP, Echolink and so forth. An emphasis on building our own backbone and infrastructure is just simply not there. This leaves vulnerabilities in our emergency communications reliability.

There are some unknown vulnerabilities in the upcoming switch to IPV6, such as distributed denial of service attacks on IPv4 to IPv6 gateways. As well as root nameservers, and core internet routing.

The need for Speed and Digital Networks

Nearly 10 years ago a survey conducted by the ARRL Technology Task Force, of League members and other amateurs revealed that the number one interest in new technologies was in high-speed digital networks. Amateur radio, particularly EmComm (this was just after 911), needed some means of data transmission significantly faster than conventional packet radio.

Winlink is severely limited in capabilities and doesn't necessarily even conform to Internet Engineering Task Force (IETF) standards. As the population in urban cities grows so does communications. Have you ever thought how long it would take to covey even just 300 messages that loved ones are okay over such an antiquated medium?

If you still need more reasons to explore these wide-band modes, consider the fact that 99% of available amateur allocations go virtually unused.
0 comments

Be a Life-Long Learner 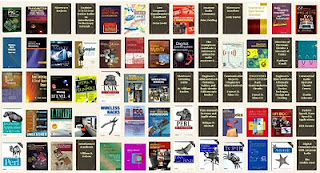 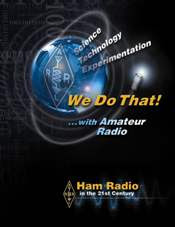 From the Acknowledgments and Dedication page of the ARRL PIC Programming for Beginners Book by Mark Spencer, WA8SME:

I would like to acknowledge the contribution of you, the reader of this text.

As a life-long learner, you are my real inspiration. At times it feels like technology is passing us by, but I am inspired by those who want to be more than just technology users... and I thank you for that.

I've always been more interested in the experimental/technical side of ham radio, as opposed to the operational side.

And I have to agree with Mark. Those who truly inspire and make a difference in this hobby are those driven to learn.

The way I see it, primary interests of say; emergency communications, DX, contesting, Field Day, and QSO Party's are less constructive in the grand scheme of things.

Now I understand why over the years I have been slowly shifting away from the more traditional ham traditions toward the more experimental, futuristic ones.

How do you spend your time in this great hobby? (By the way, above are thumb nails of some books I have read and recommend)

Also worth mention is the OP-ED in the February QST by Randy Ross, KI4ZJI titled "Evolve or Die" makes good points. He points out the close tie between Amateur Radio and societies evolving technology. And to ensure that continues he suggests:

"Knowledge of computers and the Internet should be embraced and incorporated into the newest evolutions of Amateur Radio."
1 comments