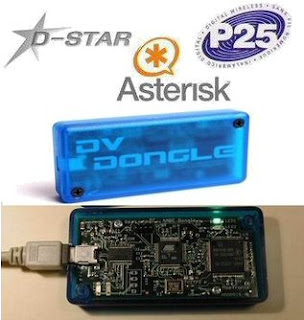 What is Asterisk?
Asterisk is an Open Source PBX & Telephony Platform. It’s often labeled as the future of telephony. It has been around since about 1999 and the platform is open source - Linux operating system based. It can support a variety of signaling protocols, but by far SIP, the session intitation protocol, for VOIP and other text and multimedia sessions, has become a standard.

For those scratching their head a bit... PBX stands for private branch exchange. It is a machine that handles many businesses telephones calls for you. Its main functions are to transfer calls to different individual phones; play music when somebody is put on hold; to play automated voice responses when a call is received; to provide an options menu for the caller etc.

Asterisk allows one to build their own phone systems. It adds features, functionality and reduces deployment costs in ways which; at first are a little difficult to understand.

How does this relate to amateur radio?

Very simple, the future of two way radio is digital. As of writing, TV are required to be full digital and shut down their analog transmitters in Feb. 2009. The only spectrum broadcasters are required to vacate are channels 64 thru 69 that will become the new "700 MHZ band" that is being auctioned off by the FCC. The vacated areas of this spectrum will be utilized for: Public Wireless deployment (Cellular/PCS); A wide-band private data network that will be shared between public safety and paying customers; and new spectrum for public safety that will butt right up to the re-located NPSPAC National Public Safety Planning Advisory Committee band being moved to 806-809/851-853 by Sprint/Nextel.

Public safety also has guidelines to migrate to APCO-25 digital. The future of two way radio is digital, and we must also advance in this direction. The digital premise is that it generally allows more use in a more efficient/flexible use of band space.

Most present day government communication centers that use analog systems happen to have a VOIP based dispatch console. This analog to VOIP patching is something that we are presently also embracing in ham radio with IRLP, EchoLink, Yeasu WIRES II, and the like.

Your seeing the digital migration in the commercial world as I pointed out; And the only analog part left of traditional telephone is the “last mile” drop to your home. Time Warner and now AT&T are providing digital phone service to close that up too.

As of writing there aren't any 100% directed approaches to tie this to the hobby that I can point you to. There are a number of open ended ideas from a variety of different people. What I'm saying is there is no one entity steering the ship, so to speak. This ideas are still in development. Which makes it precisely the time to jump aboard and get our hands in it and see what we can do with it. So in light of that I suggest a google search for more info...
Digital Voice Interoperability Software Strides
Perhaps some of you remember the ARRL "It Seems to Us: Interoperability" statement from October last year regarding emerging digital voice.

Well the good news is here are some of the strides I've run across:

"We've determined that the open source Asterisk PBX appears to be a good framework on which to build a P25 ISSI (Inter RF Subsystem Interface) switch. Asterisk has a mature SIP stack and already has the ability to transparently pass RTP frames between SIP channels. The National Institute of Standards and Technology (NIST) has made an open source program for ISSI testing freely available to the P25 community. A full-featured open source P25 ISSI switch is clearly achievable."

The Project 25 Inter RF Subsystem Interface (P25 ISSI) is a non-proprietary interface that enables RF subsystems (RFSSs) built by different manufacturers to be connected together into wide area networks. Apparently consideration is being given to enhancing Asterisk app_rpt to support a such a low-level P25 radio interface.
The open source project25 interface is a good idea. Unfortunately the problem they're facing is that most of the manufacturers don't bother following the ISSI spec, nor does the ISSI spec call out hardware interface details. So basically the "plugs" on the back of say, a Quantar... don't match the "plugs" on the back of a Mastr III.

And this interoperability work in progress attempt has been around longer than the P25 one. They too are working a SIP stack into their DPLUS gateway add-on daemon.
A project is lead by Scott, KI4LKF expand the Asterisk capabilities with his RtpDir bridge software (Real TimeProtocol Director) software package for VoIP/RF Gateways. http://tech.groups.yahoo.com/group/rtpDir/
It can bridges transmit and receive from/to Asterisk/app_rpt, IRLP, Echolink, Speak-Freely and he is working on D-Star. There is support for all link interfaces, sound mode or ASCII mode, VA3TO, WB2REM, ULI, Rigblasters, MFJ, SignalLink, etc.
-RadioGrid RG-4 Radio Gateway. http://www.radiogrid.com/
The guys from NHRC who make repeater controllers have come up with a commercially targeted (and priced) controller called the RadioGrid RG-4 Radio Gateway. It's built around Asterisk open source PBX technology. It's specifically for VOIP linking designed with interoperability applications in mind. It uses a 500 MHz Blackfin processor, 64 MB RAM, 4 MB Flash memory, 1 GB SD Card

A key component in all these digital voice systems is the vocoder. P25 uses the IMBE vocoder from Digital Voice System Inc. (DVSI). It costs $150K to get the rights to play with that mode plus $5 a seat. There is no off the shelf IC to do it. Fortunately D-Star uses AMBE from DVSI they do offer a single chip solution for $20 single qty and are happy to sell to hams.

- The DV Dongle http://dvdongle.com/
The DV dongle is an important development. It was started by Moe Wheatley, AE4JY and Robin Cutshaw, AA4RC. It contains the hardware ability to process AMBE full duplex. Presently software applications exist to use this to communicate from a computer to a D-Star gateway. Further development are in the works so that it can be interfaced to a radio's packet radio port that has the necessary discriminator connections. This may be a huge milestone. The ability to retrofit an existing repeater could be possible with this. Not only that, but you may be able to retrofit it in such a way that it can be usable in analog and for D-Star.

It would be great to see an a D-Star radio that supports something like this on the market possibly before the P25 interface idea ever makes it to the market. We should to encourage D-Star manufactures to come up with a similar style non-proprietary interface for D-Star. As unfortunately at this time there are no known interfaces to the Icom D-STAR radios that allow access to the on-air data stream.

It would be nice to see some agreement and standards in place amongst the various guys working on software solutions and the manufactures, to help make things more stream-lined. Either way people are working on interoperability solutions, toward convergence with open standard codecs like G.711 using real word protocols like SIP and RTP protocols so one can connect the radios together into wide area networks.

Then one would be able to have a D-Star radio in their shack also interconnected to various Asterisk powered applications in their house or abroad. Where if you weren't around to take a directed D-Star call, it could be configured as a DID to a system and use a ring group / follow me list to let the radio caller ring a home phone or leave a voice mail. Calls could be route to/through the Public switched telephone network and so on. A very powerful ability for EMCOMM and personal use.
0 comments 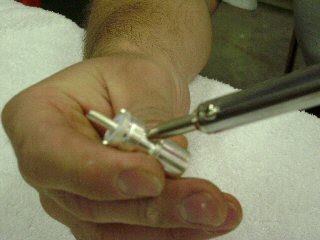 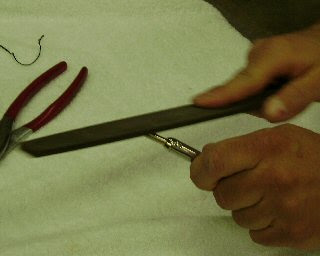 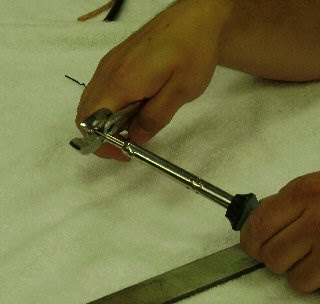 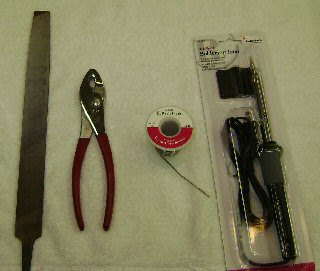 The reason for two 40 watt irons is because honestly 40 watts isn't enough. But it's pretty hard to do these with a gun. The iron will go cold when soldering the connector neck's braid holes. This is due to the heat sinking action of all the metal.
0 comments