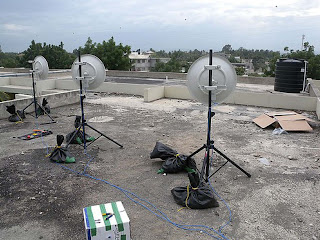 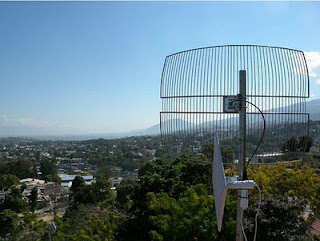 The following is a partial excerpt from a presentation by Glenn Currie, KD5MFW at Ham-Com 2010 held June 11-12 in Texas. (You can read the full presentation and others at: http://www.hsmm-mesh.org/)

Those deploying communications technology in developing countries are deploying systems in areas where there is little or no infrastructure... much the same as after a natural disaster.

An organization called Inveneo works to bring communications infrastructure to under developed countries.

They use Wi-Fi (802.11) wireless broadband equipment for much of their work. They set up Wi-Fi communications links and add their own resources including small web servers and end user net top computers so people can send email and check websites for emergency information.

Inveneo deploys to Haiti after the recent earthquake. The got in fast with gear and two man teams.

Amateur radio passed some traffic in the aftermath of the recent Haiti earthquake. I have read the reports on the Internet and in the printed amateur radio magazines. Hats off to all the hams that pitched in and helped strangers in a bad situation.

It is known that the network deployed by Inveneo passed Thousands of Messages for multiple agencies, and their networks continue to pass traffic.

Amateur radio needs to have a broadband offering in their tool box.

I am confident, that if amateur radio manages to remain relevant, in the area of Emergency communications, future amateur radio license exams will include questions On how to configure wireless routers. This technology is that pervasive in the world. Hams can step up to the plate get into broadband, or they can leave it to groups like Inveneo and Part-15.org to provide emergency communications, in the ham bands.

I recently tried to point out that WinLink is showing its age and is far from ideal.

I was trying to suggest that we focus our efforts on the future, and made reference to a geostationary satellite as one avenue.

I received a bothersome/bullheaded comment from Stan Piekarczyk, Outagamie Co ARES EC "Should we wait another 10 years for this to get launched?"

To answer the question, NO!

The first step is admitting that something isn't cutting it, or is less than desirable. Step two is making it happen by stop being an amateur radio user, and becoming an innovator.

Ham radio technologies can Only advance if We make the happen. Glenn, KD5MFW points out some wake up calls for hams in his presentation. It's time to think ahead. 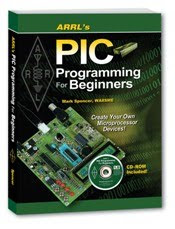 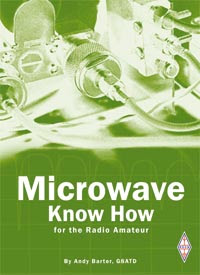 There is a brand new Microwave book from the Radio Society of Great Britain.

It is all up-to-date stuff, not a re-hashing of old QST articles like many of the ARRL microwave books. It covers interesting test equipment, and the latest software. Most importantly, the projects are modern too, using easy-to-find transistors.

The second recommended book is from the American Radio Relay League on PIC microcontrollers.

This book was written to be understood in a chronological fashion. The book seems to fill in stuff all the other PIC books seem to miss.
2 comments