Wonder Woman on a radio

By now many have seen my old Ham Radio in popular culture project where I noted and made screens of various episodes of Family Guy, the Simpsons and the like that reference ham radio and two way radio use.

And even a few times I have made posts here on my blog pointing out the episodes.

This evening I was watching Wonder Woman on ME TV and "The Man Who Wouldn't Tell" episode (Season 2, Episode 20) depicts Diana Prince talking to Major Steve Trevor on a two way radio phone patch back to his office. 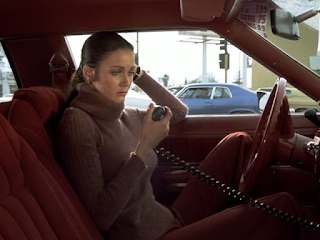 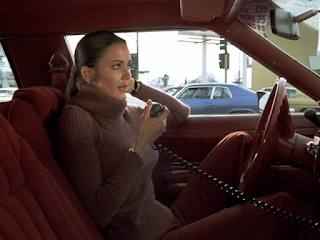 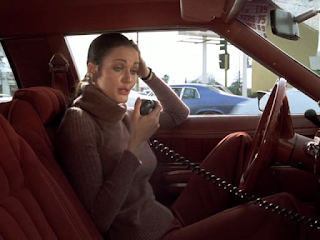 Uli talks about the CCS7 reflector system that is more popular in Europe that allows interconnection of DMR, C4FM (Yaesu), D-Star with these reflectors.

This is a interconnection concept that has interested me since the days of Scott, KI4LKF who was probably one of the first to try and develop bridging solutions.

Granted when Scott was developing, DMR and Yaesu hadn't really existed or taken of yet.  So his emphasis at the time was to bridge to existing VOIP networks like IRLP, Echolink, Allstar to D-Star.

It's clear to me that there won't be a digital standard in my life time.  So Uli, and the others who are working on an end user digital radio that can support more than one digital mode are of interest to me.  I gave D-Star a try early on, but am totally put off by all the walled gardens and digital fragmentation, that are all so prevalent now with all the different digital modes.

Uli talks about his DV4home unit that is capable of transcoding and mixing modes as it has 2 AMBE chips.  It can receive traffic from one reflector and bring it back to “digital analog” (like and AVI file, its PCM.. 64 kilobit digital) and then re-encode it in another mode.

I had a DV dongle (the old blue one) for a while, but sold it after DMR came into play and I realized it's limitations.  Now there are a number of different dongles to deal with the codec's.  But what is not clear to me is if any of them are (or the software for them) able to process multiple streams simultaneously (multiplexing).

A reflector in the "cloud" can be equipped with the AMBE hardware if needed to process multiple streams and transcode between them to provide an interoperability bridge when folks need it to talk cross modes; makes total sense to me.

(I have read some references to DMR to YSF Reflector bridges that bridge the audio in software.  "DMR, System Fusion DN, and NXDN all use exactly the same bit rate and FEC, so it's simply a matter of unwrapping the AMBE stream from whichever container format is used and wrapping it in the target format")

It's not clear to me if this exists entirely yet, but I know there are some hams in Florida (ironically) working on that with Asterisk as a core of it.