If you ever glance at the non-ham publications like RF Design Magazine, or Mobile Radio Technology (now Urgent Communications) you'll get a real-world idea of what's going on. Basically digital wide band modes are exploding. The remaining analog voice is going very narrow band to make room for the wider stuff.  Then there is ham radio what appears as an obsolete museum for modes like AM, CW and ATV.

For example lets take a look at 2 meters. There is 4 MHz of space, with maybe 10 repeaters in a given area, and how many hours of transmit time do they all see combined daily? It's a shame those 10 repeaters are spread across the whole 4 MHz, when they could be coordinated / engineered to take a total of a a few KHz, leaving a good 3.5 MHz of space left left for some of this exploding technology. Technology that is not just limited to voice, but can support digital voice, data, text messaging, live digital video, etc.

There is nothing wrong with having a place for nostalgic modes, until they are held so tightly that it interferes with the future of the hobby. But never fear as I blogged before, 900 MHz and above are the current place for experimenters.

Last year I blogged about what ham radio is.

The amateur radio service was devised in part due to encourage experimentation, as hams have traditionally helped advance the radio art through that. If you are expecting the commercial manufactures; Yeasu, Motorola, Icom, and Kenwood to devise new exciting technologies for ham radio you are certainly confused. That's our job; read our basis and purpose again. In the commercial world, it takes a rather large initial investment to manufacture something, let alone design it too. For a manufacture to obtain the loan to put something into production they have to do a market survey to ensure what they are going to produce will sell.

TAPR is community that provides leadership and resources to radio amateurs for the purpose of advancing the radio art. If you have a digital project, they help people flush out their designs and possibly help manufacture a kit or have it contract manufactured.

Once commercial manufactures like Kantronics and PacComm noticed there was a market they started amateur TNC production. These companies like Motorola, Kenwood and Icom all have a commercial/non-ham line of products too that keeps them afloat too.
But it started with one ham putting something together, in this case Doug VE7APU, and then some help from TAPR or another small manufacture to get a few of the things out there to other interested hams.

What I'm trying to say is if you want something new in the hobby, you really cannot wait for it to happen. Buying books like the ARRL handbook, UHF/Microwave experimenters handbook, or subscribing to magazines like QEX, or RF Design can help you learn new things to increase your overall knowledge that you can apply to the hobby.

I have one last thing to point out. If you are doing something different, please spread the word. Talk about it on the air, during nets, on mailing lists, consider writing an article for a magazine, etc. We all have different comprehension levels, so no matter how big or insignificant whatever you're doing many seem, remember this. It's so much more interesting and beneficial for the rest of the ham populous to read about something different. This is how you generate interest, a very key ingredient necessary for an idea to take off into commercial production.. and keep ham radio alive & interesting!
0 comments 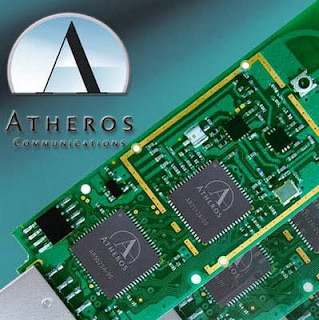 Atheros is a manufacture of 802.11 chipsets that are used by over 30 different wireless device manufacturers, including Netgear, D-Link and Linksys.

Just recently a totally open driver for these devices that talks directly to the hardware layer came into existence. Prior there was a partially open one in which operation out of the ISM/UNII bands was one of the developed features.

The real question now that this dam has been completely burst is what else can be done? Some hams wonder if they can be coded to handle doppler shift so that they could be used in conjunction with future AMSAT projects.