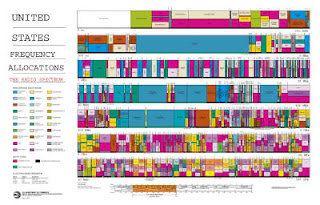 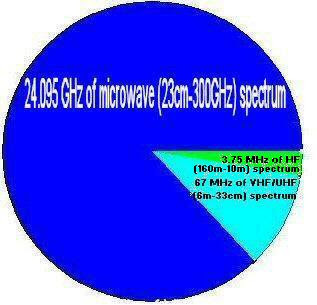 In December 2008, ARRL president Joel Harrison, W5ZN said "the band plans for the amateur bands above 900 MHz are all in need of review and we have a committee that is about to begin work in this area.
You'll see information about it in the near future on ARRLWeb and would appreciate any input."

- May 2009- Google Urges National Inventory of Radio Spectrum - keep an eye on this!

I'm not entirely sure what you'd do with that space segment. It's highly directional, has virtually no edge-diffraction properties and doesn't bounce off the atmosphere. In commercial use, it's mostly point-to-point links.

I don't think it's really got a lot of application potential for ham radio.