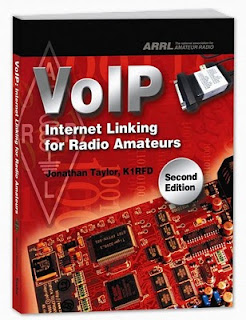 For nearly a decade I tinkered to my hearts content with various applications and packet radio. I learned an immense amount about TCP/IP. From DOS based NOS packages, which lead to ethernet networking the shack, later to Linux.

Well, I have been tinkering with Asterisk for about 6 years with the same enthusiasm. Much to my surprise, I learned that one of the original founders of our ham technology club has man of the same interests. So much love that Mike Kassner has the vanity callsign, K0PBX to reflect that.

When it comes to interacting with other people not in the hobby, messages (sometimes emergency) are relayed person (ham) to person, and the second most common way is by telephone.

So like a good ham, being knowledgeable in how the telephone system works and is changing is always beneficial.

With some quick research you'll learn that SIP has become a widely adopted defacto protocol. You'll also learn that an open source Linux based application called Asterisk is a very powerful tool that many hams are playing with.

I was most pleased to notice that the second edition of Jonathan Taylor, K1RFD's VOIP book does elude to a whole new world using Asterisk and app_rpt.

In my opinion, the ham radio tie-ins are just starting.... What a perfect time to get jump on board and help develop something new.