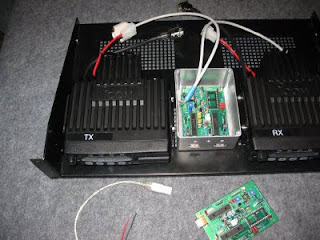 If the idea of running Mark, KB9KHM's windows based "hotspot" linking software for a permanent repeater installation doesn't thrill you, never fear, Dextra is here! (This is a very close basis of G4ULF's project)