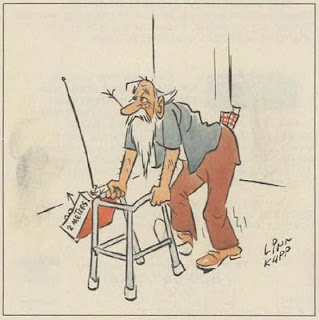 The average age of the 659,000 licensed ham operators in the United States is in the 60s, according to the American Radio Relay League, a national association for enthusiasts, based in Newington, Conn (2007)

And with age comes a love for tradition and to re-live the past.


"Amateur Radio used to be technology leaders. Today its the last bastion of otherwise obsolete 'museum modes' like AM, CW and ATV while the real world technologies of digital wide band modes are exploding. Not that having a place for museum modes is bad -- in my opinion we just shouldn't hold on to them at the expense of the future." --Bill - WA7NWP. (Mar 18, 2007 to the digitalradio yahoo group)

And going back even further yet... The ARRL, paid an independent survey company in 1960 to do a study of amateur radio. The report showed that 80% of all ham newcomers were teenagers, with 50% being either 14 or 15 years old. (Further, they found that 80% of these newcomers ended up pursuing high-tech careers as a result of their interest in amateur radio.)

I think a new ham radio appearance would help to make the hobby more appealing. If you ask me, it needs to be more appealing for younger folks if the hobby is expected to survive.

So to do my very small part, I have been pointing out ham radio in popular culture. Specifically in the Simpson's, and other "cartoon" shows.

{Edit 2010}
CQ Magazine recently did a survey of their "fans" on Facebook and found the average age was 45.

In the Remote Operating for Amateur Radio book published by the ARRL in 2010, the first chapter, "The case for Internet Remote Control," states "At the time of this writing, the average ham was edging into his or her sixth decade on the planet; many amateurs are older still."