A while back my friend and I found hamlib, a development library designed to remotely control nearly any CAT/CIV capable transceiver or receiver.  It compiles and works just fine on the Raspberry Pi. 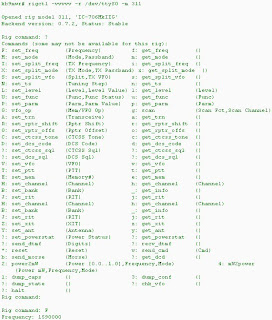 I have been meaning to try and create a PHP/CGI web based front end for this.  Couple that with darkice and icecast for a way to stream audio to that browser.

There is network daemon version of rigctl that works like so:


Here is a screen shot of my web control front end: 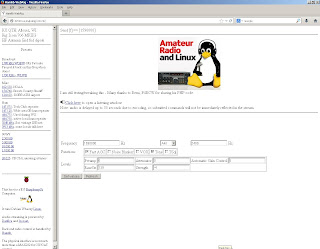 Here is the radio with the Raspberry Pi, USB sound input, USB TTL converter for CIV. 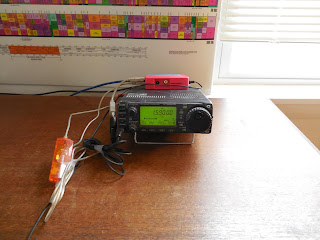 Basically a way to enable web based control of a radio with CIV.  Remi, F4ECW has some example PHP code for this that I snagged from a Yahoo group.  It also appears to have a start for remote fldigi.

Another good project would be to layout a small board with jumper selectable COR and PTT transistor configurations than can be interfaced to the Raspberry Pi GPIO.  So far I have just been bread-boarding this.

I just haven't had the time to create such art work and submit it to Far Circuits.


Again if anyone wants to beat me to the punch on either of this, please do.
Worth reading: "Raspberry Pi: A Tiny Computer for Big Projects" by; Matt, KB3TAN - CQ Magazine, March 2013