Communications in the 21st Century 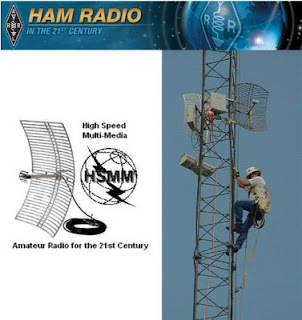 Ten years ago the FCC drafted a strategic plan for High Speed Multi-Media Communications in the 21st Century. Not surprisingly they described electronic commerce growth for both daily tasks like shopping or banking and for interaction with “institutions” for education, voting, tax filing and healthcare.

They identified six “critical goals” in this competitive climate from its statutory mandates:

Promote competition — Local telephony is identified as the last major market area where competition has yet to take hold.

Deregulate — As competition develops, the FCC must reduce or eliminate regulation to the minimum necessary level to protect the public interest.

Protect consumers — The FCC states that it will have “zero tolerance” for consumer fraud such as slamming and cramming. Other areas it will remain active in are obscene and indecent programming, consumer privacy and greater ease in filing consumer complaints, as well as greater speed in responding to those complaints.

Bring communications services and technology to every American — All Americans should have access to new communications technologies. Universal service, including availability and affordability of service to rural areas, schools and libraries, healthcare providers, low-income persons and the disabled, is required by law. Yet, this must be done in a manner compatible and consistent with competition.

Foster innovation — In this area, the FCC states its goals as promoting the development and deployment of high-speed internet, promoting compatibility of digital video technologies with existing equipment and encouraging more efficient use of the radio spectrum to permit the expanding uses being developed.

Advance competitive goals worldwide — Through the World Trade Organization and other international organizations, the FCC will assist other nations develop competitive strategies, create growth opportunities abroad for U.S. companies, and promote fair
spectrum use by all countries.

So were does ham radio fit into this? Honestly I'd not even sure we are relevant when I look at our current capabilities. It's like sending a horse and buggy to transport stranded motorists.

A new ARRL field day promotional video mentions "It's not your grandfathers radio anymore..." While its good to change how people think, the reality is while the radios might have changed and look modern, their capabilities are really pretty much the same as what my grandfather might have been able to do if he was in the hobby.

Non-amateur organizations are recognizing the value of Amateur Radio. But the true value of amateur radio lies in the spectrum, or in what we could be doing. Most non-amateurs realize this.

Just as I have wrote before heeding the warning; use it or loose it, that deregulation issue comes into play. Most of our bands are on a shared basis with other services. Pay attention to the increased unlicensed use on those bands.

So what can we do to get back on track? First off; understanding vulnerabilities of the 21st century communications model is key.

When the internet was emerging it was actually a lot of separate networks that have since merged. Banking/ATM data was on their own network, now most of it is transferred over the internet. The same goes even with land-line phone calls. On just about any out of area call you place, chances are high that your phone call propagated over the internet at some point.

What we have is kind of scary with internet reliance, it seems like the eggs all in one basket approach. But there are a lot of safeguards compared to 10 years ago too. BGP smart routers that can alternatively route traffic based on network congestion, etc.

Wireless User Groups, have popped up in most large cities mostly composed (sadly) of non-ham enthusiasts. They setup Wireless community networks, using off the shelf Wi-Fi hardware communicating in the license free ISM bands. It's never to late to start something like this in your ham club. I highly encourage the formation of a back-up segregated HSMM network.

Other things hams can do were more on the technical end, spelled out in the FCC's notes. Promoting compatibility, encouraging more efficient use of the radio spectrum, and fostering innovation. Those are some of the key concepts that I try to promote in this blog. For example; D-Star/P25 digital voice compatibility solutions are an area a few select hams are working on, and I applaud their efforts.